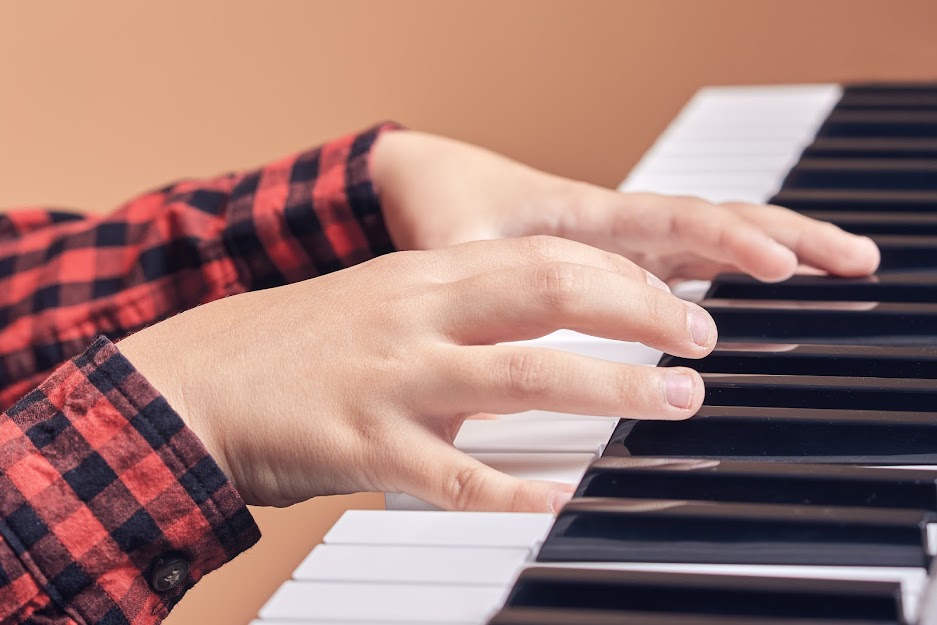 It really doesn’t matter that they just played Jingle Bells with their pinkie, it matters that they played a song. It’s not hard to suggest the index finger, in this example. Use The Strongest Fingers

The two index fingers can either play at the same time or in some order devised by the child. Make up a mock sad game in which you lament that they “were born with only one finger” to try to make them aware of what they are doing.

The truth is that kids are only dimly aware that they have ten fingers, of five types (thumb, index, third, fourth, pinkie) and that each finger has different capabilities, and must be taught to work together as a team.

Point out that they have a finger right next to the index (the third) which might be useful. Try to encourage them to use the two fingers, index and third. They make a good team, at first.

To a child, they have no idea what the thumb does at the piano. It is half as long as the other fingers. To place it on the white keys requires the hand to be at a rather strange angle, at least to an untrained child.

This allows the child to get used to the rather odd angle the hand must adopt in order for the shorter thumb to sit on the white keys. It can take weeks or months to get to this stage, and older kids get there much more quickly.

Five Fingers In A Row

Set the five fingers of the right hand on the keys 1 2 3 4 5. You may have to play relaxation games like Hobbita Jobbita (shake the hands like a cartoon character, ending in a relaxed position). Kids do not understand laying the hand flat on the keys, especially younger kids.

They will clench their hands, making it impossible to lay the hand flat. A common position is what I call "The Karate Chop” in which the hand is held sideways, pinkie on the key and thumb flailing in the air.

You should have already taught them basic songs on the white keys that lend themselves to five finger positions.

MARY HAD A LITTLE LAMB

Put Their Fingers In The Right Position

Put their fingers over the keys and press their fingers down for them so their muscles get the idea quickly: this almost always works.