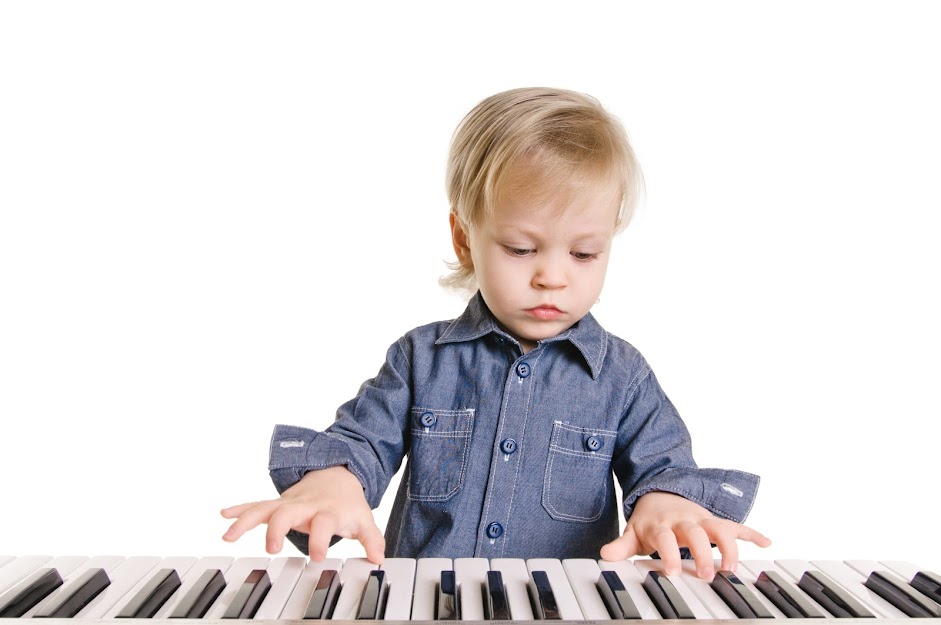 They have to be introduced to their "basketball team," as I call the group of five fingers. It's as if they've never seen fingers as a group before.

Give Them Simple Tools

The first thing I suggest is that they use two index fingers instead of just one. This is easy for them to do, even if they are not ambidextrous. The cleverness of this move, from a piano teacher's point of view, is that using two index fingers involves both hemispheres of the brain, whether the child knows it or not.

You're getting their brain to talk internally without them knowing it, or feeling that it is difficult. Point out that they have fingers right next to the index finger. The third finger. Why not use that?

Get ready for them to walk up the piano white keys with their second and third fingers, like a pair of legs. Imagination! The fourth and fifth fingers are practically useless, at first, and many kids keep them tucked under the hand instinctively.

You can try to uncurl them. They won't until they are ready. Get kids to use their first three fingers, thumb, index and third. They are naturally strong.

The Weird Finger, The Thumb

Now introduce the thumb, a very strange finger to a kid. It is half as long, twice as thick, and starts halfway down the hand, unlike every other finger. Kids shun the thumb, but must be taught to lead their "basketball team" with it. The thumb is the captain of the hand.

The problem with thumb is that it is so short that it forces the hand to be at a rather uncomfortable. unfamiliar  angle when used with the other fingers. Kids find this strange.

The first three fingers are the strongest, thumb, index and third. Thus it is logical you would have the most success in showing the child how to use the hand as a unit if you use the strongest fingers. So I number the keys and let the kid loose.

Here's a piano game to play with numbers:

The last step, of course, is to try to use all five fingers, and you may have some success with it. But the fourth and fifth fingers will remain weak to the point of unusability for a long time. Get the child to use the first three fingers as a group. Strengthen what you can.