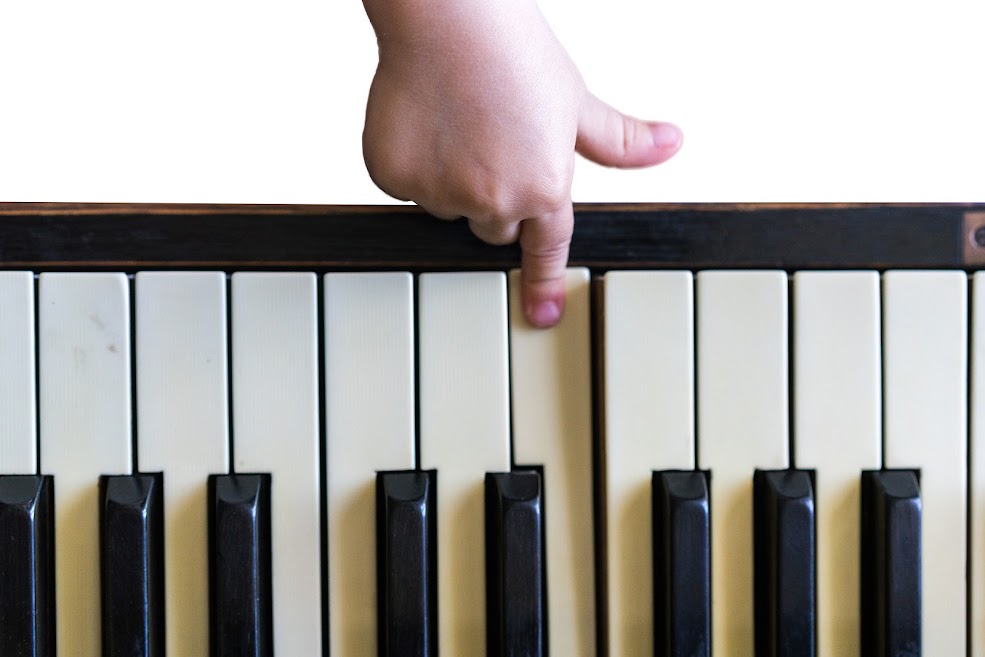 Autism and piano may not seem to go together, but autistic and/or disabled children have amazing musical abilities. I’ve also seen ADHD kids with undiscovered piano talent. I’ve had a good deal of experience teaching piano to kids with various levels of ADHD, Autism, Down’s, Asperger’s syndrome and Dyslexia.

I can safely say to parents that there are untapped musical abilities in a lot of these children. It won’t take much work to unearth it, but it will take a lot of work to develop it.

Numbers are readily apparent to any child:

Aspergers Didn’t Hold Her Back

My first experience was with an autistic girl of ten, delightful and giggly but shy, and very gifted at doing what I asked at the piano.

I could ask her to do anything, slow it down, change key, play it staccato (short and sharp) play it legato (smooth and connected) and she instinctively knew what I meant. And she was calm and collected, cooperative and diligent, at least in terms of the piano.

It was only in a conversation with her Mom that I discovered that this child had Asperger’s, a high functioning type of autism. And that sets the pattern for my experience with autism and piano. There is a solid connection between the two.

Piano As Outlet For Autism

If you have an autistic child, one outlet for their expression may be music at the piano. I have found that these children adore both the sound and the musical theory behind the piano. My most recent student, who has autism, is practically the definition of childhood musical genius. Let’s call him David (not his real name).

David is five and is the warmest and bubbliest child that age you would ever meet. I was prepared for autism. I found a child who loved the piano, and wanted to play. So we immediately embarked on Piano by Number, a choice I made because of his age, not his condition. We could have started reading music right away, but I wanted to be sure that he had a good first experience.

His response was immediate and 100% approval. He was fascinated at the idea of numbers on the piano keys. Even more striking was the fact that this child could find the pattern in anything. In fact, he lived for pattern. Apparently that was one thing he could be sure of, in his perhaps uncertain little world. So we embarked on a study of chords and the patterns within.

It didn’t take long, a matter of weeks, before he was composing songs that actually made musical sense. They were not childish nonsense, but fully formed melodies. They had musical syntax and logic, plus a bouncing old-time Broadway style!

Soon after we started a study of scales, and David soon surprised me by playing all twelve major scales, with no preparation or prompting from me. We played the C scale (all white keys) and he saw the pattern, and the rest is history. I did have to adjust my curriculum completely to meet his needs.

The problem was that David would become so interested in a certain aspect of music theory that you could not introduce another at all.

He simply wanted to play with the idea that interested him. I designed each step of learning around his interests, taking the cue from him. We worked on what delighted him, with fabulous results.

What a pleasure to walk into the music room and have him smile and say, “Let’s work on chords!” Or, “Here, I wrote a song, listen!” Follow the interests of the autistic child at the piano, and they will lead you to their success.

I’ve also taught many children with ADHD the piano, all with success. My personal opinion is that they all shared a problem with focus. It’s not that they weren’t capable of concentrating. But they could not find a way to get interested unless the teacher made extreme attempts to reach them on their own level.
It’s up to the teacher to bring the learning to these kids.

They won’t step up and ask for instruction unless they feel secure. Perhaps it’s because they feel insecure from all the other things that are more difficult, from reading to following directions.

For example, many other researchers have pointed out that you can expect an ADHD kid to have trouble even staying on the piano bench, because they are so hyperactive and scattered.

I had one student that I’ll affectionately call Drew (not his real name) who had a very severe case of ADHD. After sixty seconds of application he would literally hurtle himself around the room like a rag doll filled with firecrackers, seeking an outlet for the immense energy within him.

He was what actors call a “furniture chewer,” an individual who would do anything for attention and activity. My solution was to create that outlet for him. We called it “Controlled Freak Out.” He loved it.

I believe it was the invention of this game that led to the discovery that this child was wildly talented at the piano and music in general, almost to the level of genius. Without this game, without Piano by Number, and within the confines of conventional piano lessons, I’m certain this child’s gift would have never been discovered.

Create A Reward For Special Kids

In our game, we agreed that if he could pay attention for a set period of time (usually his attention span, about two minutes) he could have an elaborate “Controlled Freak Out.” While he jumped about, I improvised wild, loud, swashbuckling piano music for as long as he wanted. He acted out various scenarios we would develop (space men, superheroes, etc.)

I would play if necessary for several minutes, until he was more or less physically exhausted. But at that moment of exhaustion, he was ready for more music learning, and we would work on music until his next episode, when we would happily go into another “Freak Out.”

He began to become fascinated with the construction of music that he absorbed from the short teaching episodes, and after a year needed the “Freak Out” less and less. We still created outlet games, such as a new one called “Crash Dive,” in which he dived for a huge stack of pillows when he felt frustrated.

Understand What The Child Needs

The value of the outlet games for him was that he knew there was an approved place for him to go when the energy inside him became too great. This release from the energy gave him the freedom to exercise his intellect, for however brief a time he could manage.

Luckily, his parents, both doctors, were not in a hurry, and after a year, we began to notice him transposing, a skill that even professionals sometimes have trouble with.

Skills Not Even The Pros Have

Transposing is the ability to play a piano piece not just on the standard starting key, but on any starting key. In layman’s terms, it’s as if a child suddenly was able to speak Greek, French, German, Italian, any language, all in a single day!

Drew could play any song he knew in any key, in fact, he delighted in a game we called “Stump the Professor,” where I tried to see if he could play a certain song starting on any note I chose. He never failed, after a little trial and error.

He did this musical wizardry easily, even though I had never taught him a scale, an interval, or any advanced music theory other than all twelve chords, major and minor. And all this, mind you, is from a seven year old.

In short, I have found that ADHD children have a natural ability to analyze things and understand them on their own terms. But the teacher must find a method that brings the child willingly to study. In my experience, if you try to force an ADHD child, you will get apathy.

Sometimes the only useful channel is play, and that is better than blocking their natural energy, which only frustrates them.

As with all children, games are often the surest learning solution.