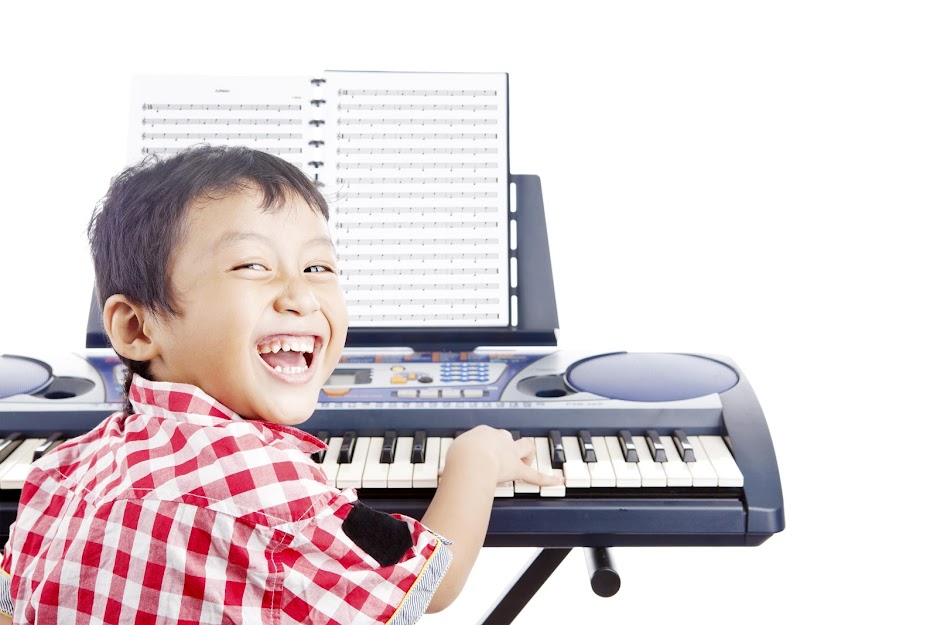 I have an ADHD child student for whom the only solution was extreme piano games. He has been a piano student with me for several years. It's possible he was on medication. But he’s doing fine now. I was thinking back to when he started, about six years ago. I recall that he was the most difficult child I had, only in terms of temperament. He was six.

He was and remains a sweet kid, but he could not concentrate. Not a moody child, but bright, witty and utterly unable to focus unless he could somehow be interested. So I devised piano games that were very extreme.

If you asked him to play chords without a game, he became listless and uninterested. He would ramble off into excited, passionate 10 minute explanations of Nintendo game levels and character descriptions. To circumvent these digressions, I was forced to be very creative. I decided to play games that would grab his attention. I took sofa cushions and piled them in the middle of the floor, for it was a rumpled playroom and I knew Mom wouldn’t mind. He was dumbfounded at my weird (for a teacher) behavior.

Make Up A "Reward" Game

Then I took a ball laying around, and we took turns throwing the ball into his shoe. He had balanced the shoe precariously on top of the cushions. I told him wildly untrue stories of my "team" playing this very game in the Madrid Olympics of 1912. He joined right in. Now we played a game. He could only throw the ball (I was the catcher) if he played the chord I’d ask for.

So I’d call out a chord, and acted as carnival barker. “D minor, sonny, c’mon, keep the line moving. I need a D minor or you’re out. Hurry up kid.” I stood behind the mound of pillows waiting for the pitch.

The Boy Throws Himself Into The Game

He’d gleefully find the chord at the piano, and then turn and throw the ball. I kept score, which was very high and irrelevant. He never stopped smiling at our weirdly fun activity. If he didn’t know a chord, he was glad to take time out of the game to learn it. That allowed the game to keep going. We developed endless variants.

In one, he had to play an entire song, or portion. If he did, he used his little brother’s stuffed monkey as a baseball bat, and we played a bizarre game of ball. We spent roughly half of each lesson with these silly games.

Was It A Waste Of Time?

You may think that a waste of time, but over the years, the games became less and less, and eventually he just played what I asked, perfectly calmly and naturally. The point is that the games we played leveled the playing field for him. Had I not done that, he would have felt out of place and frustrated. That's a feeling ADHD kids know all too well. I wanted to avoid that feeling at any cost.

And thanks to his Mom, who has three great boys that tear up that playroom. It’s game we never could have played in a prim and proper living room with lamps and china. But even in such a fastidious environment, I still play games. Here's an example:

Intellectual Games For Richie Rich With Lamps And China

I remember a child who was very wealthy and bored. I taught him in a baronial living room full of priceless objects. To gain his interest, we gambled. Not money, but imaginary sums and possessions. He liked money. He was indifferent to the piano, but tolerated it for the sake of the "cash." Every once in a while I would give him a dollar to make good on our imaginary bets. Perfectly groomed, he would always refuse as a refined young gentleman. But he responded to my non-system of not appearing to teach him anything. He learned a dozen familiar pieces easily with a “So what?” look on his face.

His Only Disability Was Boredom and Wealth

I never did learn what would impress that boy, but at least I’m sure he didn’t hate his introduction to the piano. I think he looked at me as a quaint serving man that his rich family had hired to teach him the obscure art called piano. He had as much affinity for the piano as he had for antique farm implements. Yet he was entirely likeable and fun to teach. Every child is different, and if you come to the door with a pre-arranged piano teacher’s agenda, I can almost guarantee you’ll be disappointed.